On the front line of the struggle for health, work and the other rights of the working class and the peoples 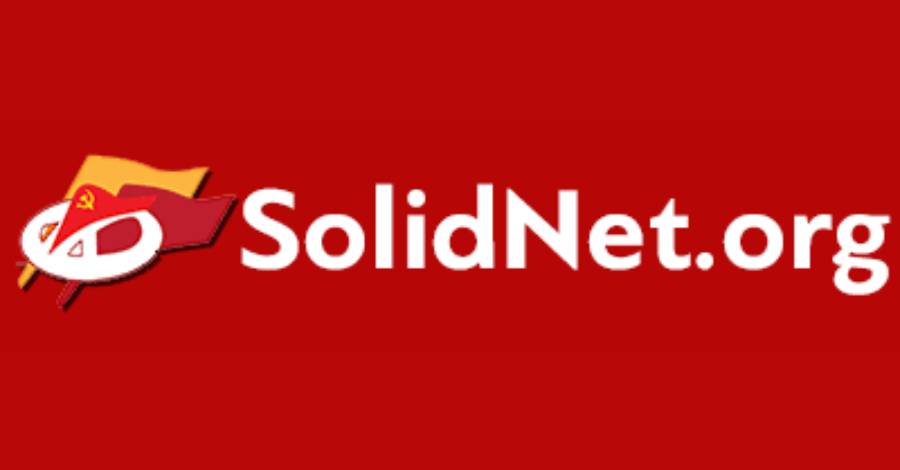 A year has passed since the outbreak of the Covid-19 pandemic, which also acted as a catalyst for the deepening of the capitalist crisis, bringing much suffering to the working class and other popular strata all over the world. More than 100 million people fell sick, more than 2 million people lost their lives, millions more are faced with the dramatic deterioration of their living conditions and the social impasses of capitalism, such as unemployment, the sharpening of exploitation and repression.

The Communist and Workers' Parties signing this Joint Statement would like first of all to express our solidarity with those affected by the Covid-19 pandemic, those who have lost loved ones, those who have fallen sick, and to send our warm thanks to the doctors and nurses, the staff of hospitals and health units who, for a year now, have been fighting this battle, facing great difficulties.

During this period, the acute problems in primary health care and hospitals, the shortages in medical and nursing staff, Intensive Care Units (ICUs), and necessary protective means, due to the underfunding, the commercialization and the privatization of public of National Health Servises and of the medical and pharmaceutical production, which as a trend is expressed throughout the capitalist world, have manifested themselves in a dramatic way. At the same time, monopoly groups and pharmaceutical companies, which have increased their profitability, reap billions, while medicines, medical supplies, vaccines, and research are in the hands of big capital become the subject of profiteering, sharpening inequalities among countries and geopolitical contradictions. The sharpening of competition for the production and distribution of vaccines and medicines, the delays in the necessary vaccination, the exclusions and the non-disclosure of the contracts with the pharmaceutical industries, express the impasses of the capitalist exploitative system that operates on the basis of the profit of monopoly groups. The importance of the struggle for the rights of the workers and peoples, of the necessity of Socialism, which can put contemporary scientific and technological potential at the service of popular needs, is highlighted.

The Communist and Workers' parties welcome the struggles of the healthcare workers as well as of the workers, the farmers, and the self-employed that demand measures to support their income and protect their health.

We denounce the governments that in pandemic conditions legislate new anti-popular and anti-labour measures, which once again put the burden of the crisis on the workers' and peoples' shoulders and at the same time suppress their struggle with authoritarianism and in a police-state manner.

We, the Communist and Workers' Parties, continue our struggle. We demand in each of our countries, public-free and universal health services and substantial measures to address the epidemic, to protect the health and lives of the peoples:

Immediate strengthening of public health services with state funding, recruitment of permanent medical and nursing staff with full rights. Meeting of all needs in Intensive Care Units (ICUs) and infrastructure required for the full operation of public health care and research services.
Faster vaccination of people in each country, with effective, safe and free vaccines, without exclusions in the supply of vaccines, as it happens at the expense of the peoples of the less developed capitalist countries. Abolishment of patents for vaccines and all other necessary pharmaceutical products that can help tackle the pandemic.
Immediate public and universal provision of all the necessary means of precaution and protection (masks, gloves, disinfection gels, etc.), as well as diagnostic tests to the people by the state, free of charge.
Providing support to the income and the rights of the working - popular strata. Protection of the unemployed, intensifying the struggle against capital and its political spokesmen, who are trying to further trample on wages and pensions, on insurance, labour and democratic rights. Measures to protect workers in the workplaces, public transport, schools and universities.
No restriction of the democratic rights of the peoples under the pretext of the coronavirus.
To intensify the struggle against imperialist interventions and to end immediately all sanctions and economic blockade measures, which in pandemic conditions are even more unjust and criminal, such as the criminals blockades against Cuba and Venezuela by US imperialism, and to withdraw the unacceptable action of the USA that places Cuba back on US list of the so-called "state sponsors of terrorism".
We say no to imperialist interventions and military exercises, such as those of NATO, and we demand that the necessary resources be provided and that the national public health and social security systems be adequately funded.

Other Parties: Union of Communists in Bulgaria; Communist Front (Italy)

The Statement is open for further endorsments